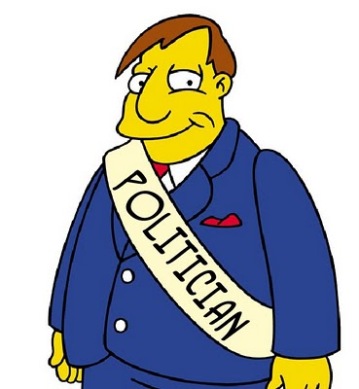 The next stage of disloyalty after turning critical is turning political.  Political people damage a church and need to be handled carefully and firmly.  You know when you are boiling a kettle, before it boils over you see and hear the steam escaping.  That is the political stage – it doesn’t boil over yet, but it will start to be noticeable.  Remember the Bible is clear: a bitter root is infectious (Hebrews 12.15).

It amazes me when someone comes to me and says “Do you know Brother X?  He is getting a little disheartened at church.”  I wonder why Brother X told that person, I wonder why that person didn’t challenge them, and I wonder why that person is telling me.  The answer is that people just before they betray a church get involved in church politics.  A church without politics is a church moving forward.  If you remember the previous stages (independence, passivity and criticism) of disloyalty and offense, you will remember that before the political stage, the person has stopped helping the church and is now looking for reasons to pick the church apart.  Because misery loves company, they are looking for ways to now influence other passive and independent and critical people and build a power base in the middle of your church.

Pastor – you have spent blood, sweat and tears building the church – don’t let a donkey rip it apart by playing politics.  It is easy done!  I found when our church was 5 people no one really wanted a power base, now we are larger people want a piece of the pie.  We have had people sneak off with our elders and offer them roles in their churches, ask for secret offerings for their businesses and secret investments into their stock, people holding secret prophetic meetings because we are not prophetic enough.  People will try anything to build their power base out of your ministry rather than go into all the world and make disciples!  And the way they do it is through church politics.

After the service, where everyone else is packing, serving, cleaning and counting, you wander around infecting people.  “The preacher went on too long today”, “too harsh”, “too soft”, “worship was a bit bland today”.  The politician wants power – they want the church to accommodate them and only them.  The favourite phrase of the politician is “a lot of people are saying that…”

This process could take a lot of time.  Absalom spent two years in the passive state, doing nothing in the kingdom, then suddenly became a politician (see 2 Sam. 15.3) visiting people that the king could not help and told them “it’s a pity the king has no time for you”, “it’s a pity he is not taking care of you.”  Politicians tell people what they want to hear: “David’s getting older, finding it tough to cope, just a figurehead…”

It happens in churches: “how did you find the service?  I thought it was dry today”, “as a faith church, you’d think there’d be some miracles today”, “our pastor works a little hard”.  It’s infectious.  They make their snide comments as a way to disparage other people from loyalty, to discourage them from serving.  To build their own power base.

There are a number of ways to deal with politicians.  Here are three:

Read Proverbs 25.23.   It says that as the north wind drives away rain, an angry face can drive away criticism.  You can drive away small, infectious thoughts with one angry face.  You need a face that says “I am not going down that line”.   People start to come out with their political lines, give them the northwind face.  As a young man in a charismatic church I was sitting next to my house group leader, one of the kindest people I have ever met.  At the end of the service, the pastor – who had started the church in his house and taken it up to hundreds, took a second offering.  Being a Baptist boy, the idea of a second offering offended me and I started to get offended and disloyal.  I turned to my house group leader and said to her “what’s he taking a second offering for”.  My tone was critical, my question was disloyal.  Well, this lady looked at me and glared.  Her face said about 4 pages – and the largest type in the four pages was “who are you to ask such a question?”… her northwind face drove away all my critical attitude.  You need a face like that!

Be wary of promoting or devoting to people who have never been in a fire – you don’t really know them.

We need to explain to people that as they warm up that they are in danger of boiling over and let them know how to deal with this.  Let them know at the danger of offense is that it stops you dreaming big because it floods your thoughts with small thoughts.

Some people don’t like me teaching on loyalty.  Some pastors say not to do it, then they get stabbed in the back.  Let’s not sweep stuff under the carpet, let’s deal with this and create a place where people are free from politics and free from disloyal, offended, critical, passive, independent church politicians.