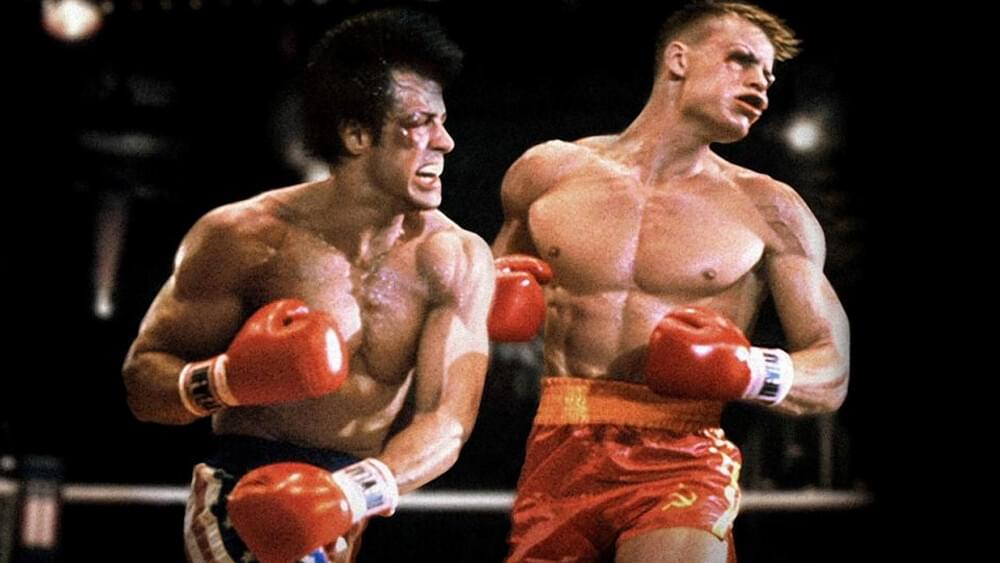 I was about to send this out as an email to my pastors, as it is something I think all of us have been through even in the short space we have been in 2016.  And it’s not something that is nice to handle, it feels bad and it hurts, but we have to keep going.  But as I was writing the email, I felt pastors outside of our network need to hear this, so I am blogging it.  Please feel free to share with anyone who you feel needs to hear this.

I don’t mean Rocky Balboa!  When I am talking about rocky people, I am actually referring to the rocky ground that Jesus talks about in the parable of the sower:

Other seeds fell on shallow soil with underlying rock. The seeds sprouted quickly because the soil was shallow.  (Matthew 13.5)

Sometimes when we preach, certain people stand out.  They grab the Word like starving men, they cheer, they Amen, they start to seek you out and they look amazing.  You start to think that these people have genuine leadership potential and you start to promote them or think about promoting them.  They are great people to be around, they love the Word you preach and they are sprouting quickly – things are moving fast.

Pastoring is not a job where things normally move quickly.  It’s more like sculpting – chipping away at a block of stone over months, years, decades until it stops looking like a heavy block and starts looking like a human being.  Change is a process and we are part of that process, and it’s hard work that takes a long time and a lot of resilience and faithfulness and loyalty to your people.  So when people spring up you get excited, you appreciate those people.

However, Jesus tells us rather somberly that these people only sprang up because their soil was shallow.  When the disciples asked Jesus what he was talking about he explained:

20 The seed on the rocky soil represents those who hear the message and immediately receive it with joy. 21 But since they don’t have deep roots, they don’t last long. They fall away as soon as they have problems or are persecuted for believing God’s word. (Matthew 13.20-21, NLT)

Sometimes the people who jump the highest and shout the loudest about God’s Word and how wonderful the church is, and how helpful you are, and how great the Tree is – those people have no root.  Rather the people who are taking a long time to grow, are taking it all in, are thinking deeply, are renewing their mind, prospering their soul and growing without all the drama.

I call these people “Rocky” people because the soil of their heart is rocky.  Nothing grows for long, nothing lasts with them.  And like Rocky from the famous films – when they are against you, it feels like a punch in the face.  Suddenly out of nowhere this person who loved you, loved the church, loved what was happening is upset and offended and annoyed and aggressive.  It feels like a sucker punch!

Read these verses again in the New American Standard Version:

20 The one on whom seed was sown on the rocky places, this is the man who hears the word and immediately receives it with joy; 21 yet he has no firm root in himself, but is only temporary, and when affliction or persecution arises because of the [j]word, immediately he falls away. (Matthew 13.20-21, NASB)

Rocky people are people whose minds are full of rocks.  The seed of the Word can get into  some parts of their mind, but other parts are totally off-bounds.  They have parts of their mind that they will never expose to God’s Word, never change, and never deal with.  That’s their problem.

The word affliction in the Greek is thlipsis.  It is literally translated pressure or to be pushed hard.  The fact is that to be a Christian, at times you will be pushed hard.  The church won’t sing the songs you want, the pastor won’t be available on the day you want, not everyone will like you, someone who you don’t like will be given a leadership position, the church will grow, someone won’t say hello to you, someone will be mean to you, you won’t get your own way.  For most of us, we deal with this, we accept it, we grow up, we suck it up, we praise God in the dungeon, we follow God through the storm, we guard our hearts and let not our hearts be troubled (John 14.1).  However Rocky can’t do that because all the rocks in his head stop the Word from working.  So all the shouting and yelling at how awesome God is and you are and church, instantly becomes shouting and yelling at you about how awful you are and how bad church is, and how wrong everything is.

You don’t know how to deal with it for two reasons – firstly, you don’t expect that because you have been through equal, and if you are a pastor – probably greater – thlipsis than they have.  You’ve been pushed by the best of them and you have learned how to deal with it.  You can’t understand why someone else isn’t dealing with it and letting themselves get so annoyed and offended by things that you know you would deal with.

Secondly, this response to not getting their own way and the Christian life suddenly requiring some pushing and some fighting and some loving and some living and some hard work is immediately.  The NASB says immediately and the word in the Greek means instantly.  Suddenly Dr Jekyll becomes Mr Hyde, instantly Bruce Banner becomes the Hulk, immediately it is the full moon and your friend, your cheerleader, suddenly becomes a werewolf and starts trying to eat you alive!

The second thing that causes this instant and evil transformation is what the NASB calls persecution, and in the Greek is the word diōgmos, which means to be put down or picked on.  Again, whenever the Christian life requires these people to respond, whenever it isn’t a beautiful bunch of rose petals, whenever anything happens that makes them unhappy, these people transform.  What happens to them is that they fall away – suddenly they are not in church, they are not in the house church, they unsubscribe from the email list, they can’t even sit in the same room as you.

The KJV says “when tribulation or persecution ariseth because of the word, by and by he is offended” (Matt. 13.21, KJV).  It’s interesting that the word “fall away” in the NASB is translated “offended ” in the KJV, because the two things are the same.  Offended is the heart attitude, and fall away is exactly what happens.  The person is annoyed, upset, angry, frustrated because life is hard and they don’t know how to handle that, so they get annoyed at you and blame you rather than take responsibility for themselves.

And as the pastors of these people, as the people who have loved them, helped them, opened doors for them, sat with them, invested in them, dreamed with them: it feels like Stallone has given us his best right hook.

Why does it hurt so much?  The main reason it hurts is because it disappoints us, literally.  The word “disappoint” means to miss an appointment or to break an appointment – to “dis”-appoint someone.  When these people were in our churches saying “Amen”, when the Word was causing things to spring up – we had appointments in our mind for these people, because we are good pastors and want the best for people.  We had them picked out for eldership, for children’s ministry, to plant churches, to go on missions, to change the world with our love, our time, our money and our resources – and we were happy to imagine it.

We feel the pain of confusion as we cannot understand how suddenly they turned on us.  We feel the hurt of disappointment as we have to dream different, look around for new people to walk into those places, as we have to let go of ideas and plans we had because the bricks we were going to build with get up and walk.

Finally, we feel the pain of despair as we assume that these people are deep down reasonable and deep down love the Word, and as we talk to them one-to-one, man-to-man, adult-to-adult, we feel them slipping away as they respond with increasingly childish and foolish comments and remarks.  We want to restore them to what they were, but the realization slowly and painfully dawns on us: they never were that in the first place.

HOW TO KEEP GOING!

This is the important part of this article.  I know how hard this pain is, I have been there, so I am going to give you 5 keys to help you keep going.  I don’t have keys to stop it hurting, but I have some keys to help it stop knocking you out!  I thought I would make the 5 keys spell ROCKY – Realize This is Not Unexpected, Other People Are Awesome, Cut the Strings Quickly, Keep Your Heart Pure, You Must Shake the Dust Off Your Feet.

I really hope this helps you deal with a punch from Rocky.  Sometimes it feels like you are going rope-a-dope against Foreman, but you can google how that ended up!  You are more than a conqueror and there are plenty more fish in the sea!

The kingdom of God is always going to have people who will not remove the rocks in their head.  Rocky-headed people who will not let the Word of God impact their whole life.  They look like amazing people until listening to, believing and living the Word becomes hard work.  Then they fall apart, get offended and fall away.

So, don’t let it get you down, pick yourself up, have a party and move on.  We have a world to win, a nation to change and a church to build!

One thought on “Getting Punched By Rocky – And Still Standing!”