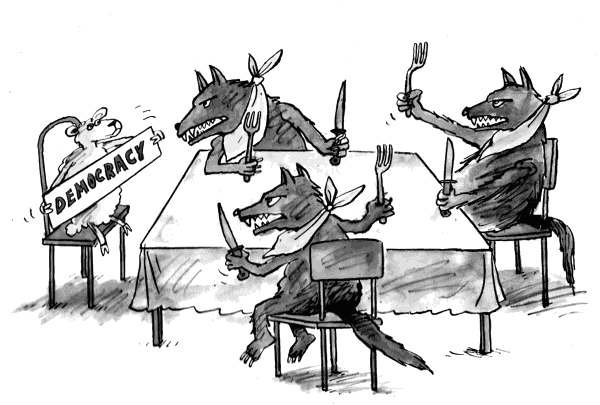 One of the concerns of a democratic system is often called the “tyranny of the majority”. It is the idea that the majority, because everyone has one vote, can easily outvote a minority, and impose their rule and their ways on a minority.

Healthy democracies have checks and balances to ensure this does not occur, to balance the desire for justice with the need to give every individual a vote.

When a church or ministry however is led by a politician, not a king, someone who leads through people pleasing rather than God pleasing, then sadly there are often no checks or balances, and then – and this is the ugly side of religion – the majority do rule, and they do become tyrannical.

The irony is the person who knows the people do not rule him or dictate to him, the person without a political bone in their body, the person who doesn’t care about pleasing people is the one who can actually help all people, including the minorities, the dispossessed, the powerless.The political leader on the other hand has to constantly divide people into groups and can only do what the largest group wants:

One thought on “Kings and Politicians 04: The Tyranny of the Majority”