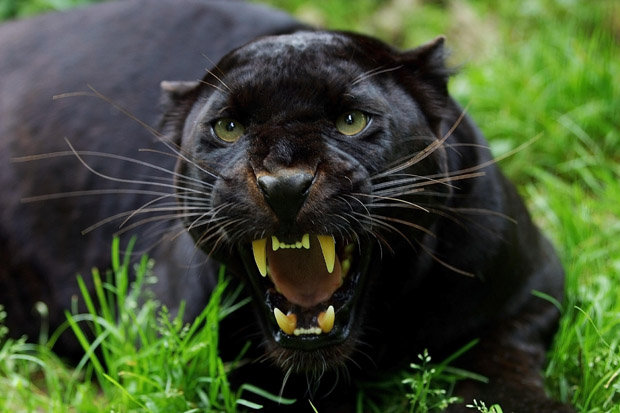 One of the chapters was how to deal with being bitten by one of the big cats.  I read that one carefully because I don’t like cats – and I think they know that.  My own cat, who I never feed or look after because that was the deal when we bought her, seems to live between my bed and my seat!  So imagine a larger version of her, the chances of me getting bitten seems quite high.

Now apparently when a cat bites you, let’s say it takes your arm into its mouth and clamps down, what you need to do is counter-intuitive.  You want to pull your arm out – but the cat’s teeth are bent inwards so doing that will just cut you and hurt you more.  The trick – according to my survival manual – is to push your arm into the cat’s mouth, go the other way, and choke the cat to death on your own chewed arm.  That is the way forward, and I am sure that although Rambo would find it easy, I would be a lot less willing to give it a try in that situation.

Now, why am I telling you this – the chances of you getting bitten by a big cat are immensely tiny.  However, the chances of you – as a minister and leader – getting caught up in some other traps are immensely high.  In particular,  I know three traps where the solution is counter-intuitive.  It is literally the exact opposite of what you want to do.

It’s lonely at the top they say, and that is true.  Ministers are normally in the top 5 of careers in which people are most likely to describe themselves as lonely.  It’s difficult to form friends in the church due to charges of elitism, it being difficult to pastor friends, and it being difficult to really be honest in front of people who expect a certain veneer from their pastor.  In addition, you try to form friends with local pastors, selfish ambition often gets in the way – pastors can be very territorial.

Every minister has fought feelings of loneliness, that no one gets you, no one understands, that people if they knew the real you would reject you.  And so to deal with those feelings the tradition advice is pull the arm out of the cat – get around people, be with people, go out with people.  But that just bloodies the problem – you can be lonely in a room full of people, and the more people, the more it highlights your insecurities, your inability to build friends and it just makes the problem worse.

Here is an idea if you are facing the lion of loneliness – choke that thing by going the counter-intuitive direction.

Get off really on your own.  Go to a retreat centre, go for a walk in the woods, lock yourself in your office.  Turn off your phone, pause your email, get off Facebook.  Go and be alone.  Don’t go and watch rubbish on the TV and make friends with the TV show stars who aren’t real.  No, get totally alone.  Because then you find out you are never alone, that the Lord is with you, and as all else is silenced, you will find the friend who sticks closer than a brother, who never fails to understand you and love you and support you, He will give you the wisdom to move forward, the compassion to want to move forward, and the confidence that you actually know where forward is.

One of the most crippling of emotions is self-pity, and it’s equally spiteful cousin self-doubt.  You look at your life and you look at your flaws and you magnify them and you obsess with them.  The devil sees your broken focus and starts to join in the chorus with your lower brain – you have failed, you have let so many people down, you have so many flaws, you cannot do what you are called to do.

And again, the traditional faith advice is to fight that and make positive declarations about how awesome you are.  And at times, when the cat isn’t biting hard, you can do that, and it works.  However, at times the tiger of self-doubt holds so tight you cannot move away, so you move in.

There is a Scripture in the sermon on the mount which says “agree quickly with your accuser” (Matthew 5.25). Sometimes when the devil pushes you hard into self-pity, accuses you, the best thing to do is just agree.  Yes, I am this rubbish, I have failed this much, I have let people down this much.

That way you choke what that “like a roaring lion” is trying to do – because if you argue with him about how glorious you are, he will win.  You have failed, you are not good enough for God’s call.

But if you agree with your adversary, then you start to realize that you have managed so far, you have some fruit, you are still on the road – and it is not because of you – it is the grace of God.  God’s grace is the solution to self-pity, not self-affirmations.  Where your sin abounds, grace abounds even more.  You find yourself loving God more as you realize you are forgiven more.  Then your eyes lift off yourself as you cannot take your eyes away from the gracious face of Jesus who knows you failed, knows you hurt people, knows you don’t have the skills, strength or wisdom to do what He has called you to do, but He loves you anyway, calls you anyway, cares for you anyway.  Praise His name!  His mercies are new every morning and His compassion never fails.

As leaders we can easily get jealous.  There is always someone with a larger church, a bigger healing ministry, more success, more favour than you.  But we have long insisted jealousy is always a negative emotion because of the destructive effects we have seen from it.

But the Bible (Deut. 4.24) tells us God is a jealous God.  God is jealous.  The word at its base meaning is to strongly desire something.  You see – it is very difficult to desire something in an abstract form.  I always desired a healing ministry, but it was always abstract because I had never seen a real healing ministry.  Then in 1998, I saw Dave Duell minister healing, pulling people out of wheelchairs, praying for people quickly, stepping out in faith and seeing miraculous results.  I was instantly jealous.

I tried for weeks after that conference to stop being jealous, to pull my hand out of the panther’s mouth, but it didn’t work.  I was just upset that I was doing that.  Then I realized jealousy is not evil, that actually God was working through my jealousy to motivate me to move into my ministry.  I had seen many great ministers before, but I had never seen someone like Dave.  Why did that one make me jealous?  Because God designed me to function like that.  So I let the jealousy rise.  Most people pull against jealousy, hurt themselves, get depressed, get conflicted and don’t go far in life.

I pushed into it, I poured out my heart to the Father, told Him how jealous I was, told Him I wanted to see the sick healed like Dave Duell did, and do you know what?  God started leading me into that.  Dave Duell became a precious friend, father and mentor in my life, I changed what God showed me to change, I choked that panther, and now I travel the world hosting healing meetings.

I hope this helps. I haven’t blogged in a long while, but in the last week a lot of people have started engaging with the blog, so I thought I would start sharing some leadership principles again.  Need anything, let me know.  Feedback and questions would be always welcome.