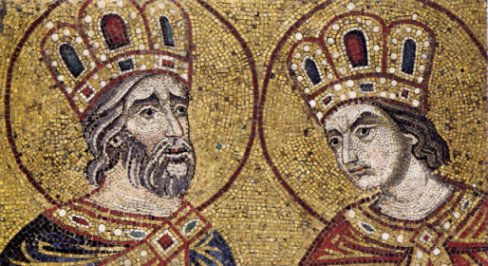 The idea that we need to rule like politicians and statesmen, and this whole concept that a ministry needs to move from a warrior stage to a politician stage often uses the history of David and Solomon as an illustration, or a prophetic example, of what they are trying to say.

The idea goes something like this: David was a warrior, and that is like a new ministry, being a warrior, but for a ministry to grow, the lead minister needs to learn to be a politician like Solomon, Solomon was a great statesman, and all David’s need to learn to grow into Solomon’s, Solomon after all had more territory than David.

At first glance, it seems like wisdom, and I can see why many people have unthinkingly accepted this teaching.  Now, if you have read the other posts I have done on this topic (part 1, 2, 3, 4, and 5) you will know that the entire idea that we are supposed to rule like statesmen to be a fallacious one – we are called to rule like kings.  But, today, I want to dig into this “prophetic analogy” of David and Solomon, and point out a few flaws.

I don’t want to argue with other ministers.  But this doctrine that all warriors should become statesmen, and the idea that their ministries will not grow unless they do (what a way to add blatant manipulation to your doctrine to get people to embrace it) is not godly, not Biblical, and will end up in people being squeezed into a mold that is not from God.  God made us all unique.

What’s interesting is that the people who present this idea to you – they are never pioneers.  They have never faced a Goliath, they have never stood and having done all stand.  They are politicians themselves.  You reigning like a king makes them nervous.  Andrew Wommack says:

Persecution is an indication that the ones doing the persecuting are under conviction. They realize that they are not living what your words or actions are advocating and so, in defense of self, they attack the ones whom they perceive to be the source of their conviction. If this is understood, it makes persecution much easier to take. They aren’t just mad at you; they are convicted. When the Gospel is presented in the power of the Holy Spirit, there will always be either a revival or a riot, but not indifference.

This is the truth, people are nervous when they see you healing the sick, casting out devils, they are more nervous when they realize you will not dance to their beat just because they have a nice set of armour, or work for a big ministry.  They want you to dial it down, because they live on low-volume.  This David to Solomon teaching is actually, below the surface saying “don’t live at the level of a Goliath killer, a nation shaker, a worshipper who loved the Lord”, but reduce yourself to a backslidden fool. who forced his own people into slave labour and taxed them mercilessly, a man who built temples to foreign gods as not to upset the foreigners in his land.  That is not a step anyone should ever make, especially a pioneer who is changing the world.

My advice to you – don’t quit winning.  Don’t quit standing on the Word.  Don’t press mute for anyone.  Be loud, be strong, be confident.  Ignore the brothers calling you arrogant, ignore the brothers who say your dream is never going to happen.  Block the people trying to make you more diplomatic on Facebook, and find some true pioneers to hang around with.

Reign as a king in life!  Selah.